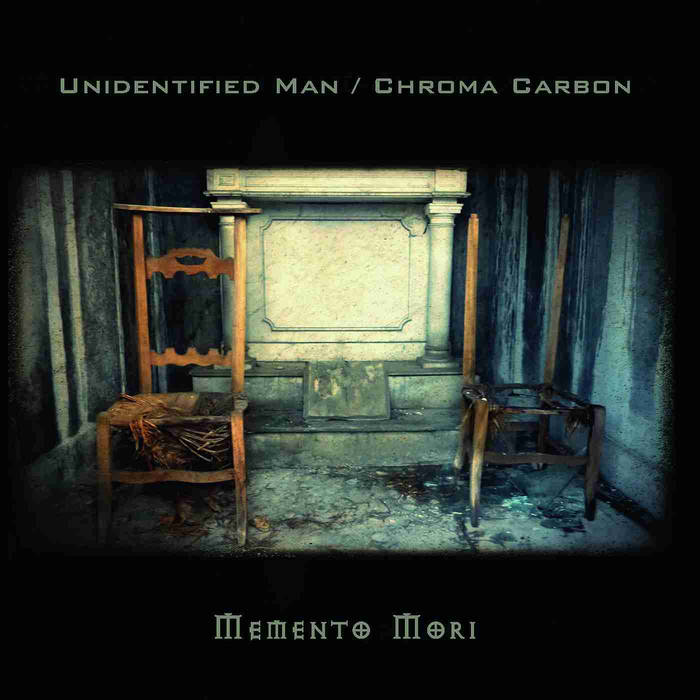 Memento Mori is a collaboration between Unidentified Man and Francois Ducarn aka Chroma Carbon (singer of the french cold wave band Factice Factory and co-singer of the synth project Sine Silex).

Unidentified Man is an analog synth project, founded in 2013 somewhere in Belgium.
With no musical skills , but strongly encouraged by DIY ethics he starts experimenting with analog instruments and a field recorder
His music is inspired by a wide range of electronic underground and pop music that flourished between the late 70's to the mid 80's...
He released two cassette-albums "Remedy For Melancholy" and
'Dissociative Identity'' (Wool-E Tapes) and a compilation cd ''Identify Yourself' (Daft Records)
He also appeared on several compilations .

This new Unidentified Man / Chroma Carbon mini album will be released through Wool-E Discs and will be available through the respective Bandcamp pages.