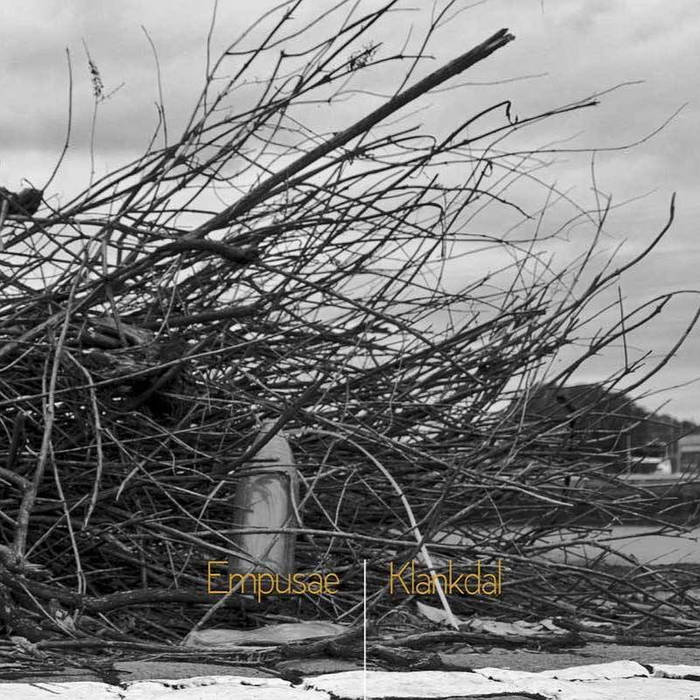 It has become a yearly tradition that during the 'Gentse Feesten' (the Ghent City Festival) Consouling Store and Wool-E Shop join forces and become the Con-Wool-E-Store. Both enterprises also release and promote music, and also try to find occasions to collaborate.

For this year’s collaboration Consouling Sounds has asked Empusae to partake in the split release. Empusae is the moniker of Nicolas ‘Sal Ocin’ Van Meirhaege. He has built on an impressive back catalogue of organic, ritual, electro-acoustic, ambient, doom and post-industrial soundtracks. Wool-E Discs invited Klankdal to the split release, and they graciously accepted. This duo, consisting of Sebastian Crusener and Glenn Dick, works magic with guitar manipulations and field recordings, which results in both captivating and ominous soundscapes.

Klankdal already released the critically acclaimed cassette “Nachtkarkassen” on Wool-E Tapes, and are now taking the next step together by contributing the live recording of their intense set at the legendary Logos Foundation on the third of May of 2016. As this is a collaboration between people that all live in Ghent, the ‘Gentse Feesten’ couldn’t be more appropriate to officially release this mesmerizing split album. The release will coincide with a release show at the Consouling Store ft. Wool-E Shop on the first Saturday of the City Festival (July 16th) and the last Saturday of the City Festival (July 23). More info will follow soon.